In the final blogpost of our mini series we’ll explore the concept of everlasting life through our own perception. How can we experience birth, death and life itself?
We will look here into some of the many methods of directly experiencing death and ongoing life to find the answers to our question: does death really end one’s life?

It has been reported from individuals who found themselves suddenly dying i.e. in a car accident, on the surgeons table in the hospital, or while attempting to take their lives, that they were observing their own body ‘from above’ and detaching from it while going ‘through a tunnel’. In this so called ‘near death experience’ one was able to think and see and to come to rational conclusions, i.e. that they’re watching their own death. Some say they felt they were floating and watching the accident scene, others were seeing a silver cord connected to their bodies, and some were enjoying to go somewhere they’ve never been before, happy not to feel any pain any more. Professor Bruce Greyson, the world’s leading expert on near-death experiences, says ‘that death is not the end, and more important than that, what happens after death is not something to be afraid of.’

OBE – Out of Body Experience

In the 1980th it became a desirable goal in some new age groups to have OBE’s: an experience to leave the body and travel somewhere without dying, and then coming back into the body and remembering any detail of the journey: also called Astral-travelling.

END_OF_DOCUMENT_TOKEN_TO_BE_REPLACED

It’s a matter of life and death! – We say these words when danger is near and we fear to die if the wrong decision is made. But listen closely, what do we really say here? – That death is the end of life, that it seems to destroy life to never return again, that life is the opposite of death. Is this a scientific fact? Is this reported to us by ancient wisdom schools? Is this what we perceive?

In this mini-series of 3 blog posts we’re exploring this question in depth and will have an hopefully satisfactory answer to these questions at the end.

Let’s start with some science: Energy is never going away, a fact that quantum physics has given us, it only goes through transformation from one state into the other. Life is energy in motion, i.e. the physical body is created out of cell tissues and nourishment, provided by the mother’s cells, and deliver to the placenta via the blood stream. The embryo has the ability to transform this matter into its own body cells. They’re not appearing or disappearing out of thin air, right? These cells are being replaced frequently throughout a lifetime of a body. They are the product of the food and oxygen the body is provided with, which it uses to form new cells: just another act of transforming energy. And when this body dies the same cells are being transformed to dust and earth or ashes in case of cremation, giving back nourishment for other life forms like plants as a building block for new growth, therefore going through another state of transformation.

END_OF_DOCUMENT_TOKEN_TO_BE_REPLACED

The start of a new year is always great to reflect on our own goals and dreams and to set an intention for change. But how do we get out of old behaviour and adopt a new way of living? Is it enough to have a new years resolution and raise our glass on New Year’s Eve to exclamate the newly set goal? Is this how we create change? In my own experience and by observing others this has hardly ever worked.

If there’s something bothering you and you’re longing for a change, i.e. a change of diet, letting go of undesirable habits like smoking, drinking, sleeping in… We have seen this all being proclaimed at 12am on the 31st of December by many people and some even got up the next day and made a start but hardly ever anyone lasted longer than January on that course.

It’s great to aspire to do something else in the New Year and to change the direction of the old path.

END_OF_DOCUMENT_TOKEN_TO_BE_REPLACED

Christmas is the time when we want to be close to the ones we love, our family. We like to get together to spend some quality time and to feast and talk. The family, that are the blood-related members as well as good friends and neighbors, the extended family.

In New Zealand we have a beautiful te reo maori term for the extended family: Whanau! In the whanau everyone is included who plays a vital role in the lives of the nuclear family members and therefore are considered to be part of the family. On high holidays the whole whanau gathers with good food and enjoys the warmth, security and comfort that we get in the present of our loved ones.

But what is it when one is resenting the family and hates the holidays?

When one aspires to be as far away from the family as possible during the Christmas Season?

END_OF_DOCUMENT_TOKEN_TO_BE_REPLACED

Who doesn’t know this catchy Eric Clapton song from 1998? I use to play this song in my family constellation workshops to help the client to make peace with his father after he has lost the connection to him, often through separation of the parents when he was a child.

Either the situation at that time or one of the parents doesn’t allow for the relationship between the son and the father to continue in a harmonious way. This can cause great suffering in the child, which often turns into anger towards his father in later years.

These deep in the soul of the son embedded emotions of anger and judgement against the father can come from an accusation that the father left him or the child takes over the emotion of his mother of anger, grief, hurt, insecurity, or shame when the father left the family.

END_OF_DOCUMENT_TOKEN_TO_BE_REPLACED

Most of us want to change something in our lives. Even when we find ourselves in a comfortable situation there is always something that could be better: ‘if only this would happen, then… !’

But have you ever really thought it through, what it is, that you’re longing for and find so hard to get?

Change doesn’t mean to add something new to your life.

I’m going to give it away right now: change will not happen by adding to the ‘things’ you already have in your life, it is to let go of that what is holding you back to make the shift, which is a matter of shifting the perception!

END_OF_DOCUMENT_TOKEN_TO_BE_REPLACED

There are no classes in life for beginners: right away you are always asked to deal with what is most difficult.

END_OF_DOCUMENT_TOKEN_TO_BE_REPLACED 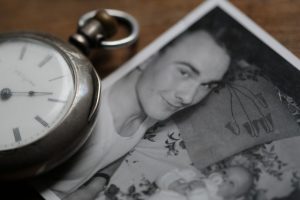 What is the love of a father? What does it look like? Is it the same as from the …