First we have to find out where this feeling is originated. What is it that you want when you feel jealous? Do you want to have something that someone else has and you don’t? That sounds more like envy, where you experience the feeling of lacking something (or someone) which somebody else already possesses, which can be an object, often money or expensive things, or beauty, or accomplishments i.e. in competitions or studies.

Envy only needs two persons, the one who is envy and the other who has what is desired, either an object or an individual. And the object/individual that you envy is not in your possession, that is the point! I remember when a wise woman told me the truth behind envy that brought me down to earth in my early teenage years when I was desperate about something another girl had and I had not (I now have forgotten was it was, off course it wasn’t important in my life at all): to be envy about something means you want to have it (or him/her) without paying the price for it! If you want something or someone, do whatever is needed to create an environment that allows it into your life and don’t look in others for it! Since then I never again envied anything because I understood that what ever I want I will get if I work for it, evolve and become a person that can deal with it, create life circumstances that allows it in and so on, so it all depends on me alone to achieve my goal and no-one else is to blame. The other one already has it because they have worked for it, evolved into a person that can handle it, made sacrifices that allowed them to have, all what I haven’t done yet or never want to do anyhow. So if it doesn’t happen, I don’t get the object or person, it’s not mend to be in my life at this stage, which is a good thing because I won’t be ready to handle it! This is the simple and so relieving conclusion, that makes it obvious there’s absolutely no space for envy in anyones life.

“If you’re envying something you want to have it without paying the price for it!”

Jealousy however is quite different, it needs 3 persons to be jealous: the one who is jealous, the other person which whom he/she is in a relationship, and the third person who is intruding the relationship. When you’re jealous you fear that you are going to loose something (or someone) that you already posses as oppose to envy where do don’t have it yet. A typical example is a romantic relationship, where you already have a partner but he/she is also in another relationship with someone else, either de-facto or perceived. Now you’re not envying what the third person has, which is the romantic relationship, because you have it too, but you’re afraid to loose him/her to the other individual. This emotion is often accompanied with the feeling of inadequacy, low self esteem and blame that the third person is manipulating the partner against their will. This scenario of a ‘ménage à trois’ can trigger the fear of being alone which is often caused by an early childhood trauma of being left alone by the mother.

When in a family constellations this emotion comes up in a representative it can be observed that the thought of ‘I don’t deserve to be happy’ is what’s behind the jealousy often combined with the need to be loved. The solution here is to bring in the mother. As soon as the mother appears the focus on her, the jealousy vanishes and the little child comes out in the representative which is desperate in need of the love from the mother, her approval, nourishment and care.

If the work is done and the child is able to receive mother’s love without resentments, there is a new look on the relationship: it either is now ok that it comes to an end or the partner is now fully present and ready for for the relationship and the third person is not important to them anymore and the couple is united again. One way or the other, the relief from the low vibrating emotion of jealousy is what brings more happiness and freedom not only on an individual level, but to the family system as well.

The Higher Soul moves in only one direction, and that is to unite that which has been separated. 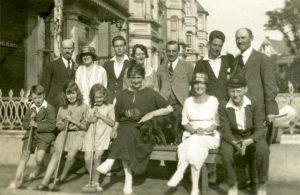 In family constellations we often use the term 'healing the family wound', but …

END_OF_DOCUMENT_TOKEN_TO_BE_REPLACED 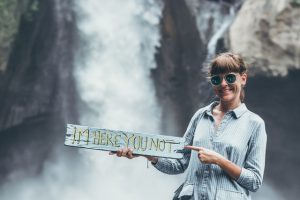 How would you describe the feeling of jealousy? Is it anger or fear, inadequacy …