A wound is by definition an injury to the physical body where the skin is damaged. But here is another meaning of the word wound:  an injury or hurt to a person’s feelings or reputation.

Deep emotional turmoil often leaves a wound in our emotional body, also referred to as the Soul.

We even talk about ‘scars are left on the heart’ after the ‘heart is broken’. The expression ‘scarred for life’ is often used to describe an emotional wound or a trauma that doesn’t fully heal.

The family system one is part of by birth or through certain actions has a soul, the seat of emotions, which can be injured through physical impact or emotional trauma. Severe pain is causing a wound and leaves a scar on the family soul when it’s not fully healed. The wound we are talking about here is caused by a member of the family system which has been hurt or traumatised that in turn compromises the integrity of the family system and leaves an injury or ‘scar’ on the family soul. For example an act of violence that led to their death or a severe disadvantage to their life, or an action that results in casting out a family member, causing the individual to suffer on a deep emotional level for the rest of their life until they die.

Due to Bert Hellinger’s ‘Orders of Love’ (from German: Ordnungen der Liebe), any disruption of the natural flow of love in one’s family system is causing such a wound to the family soul. This is mostly the deliberate or accidental untimely death of a family member, caused by someone else, or creating a severe disadvantage to someone else by taking the house, land and money away without any renumeration (i.e. during ww2 in Germany), or dismissing and outcasting a family member due to their values, religion or disabilities which didn’t fit the picture of the family.

Here is an example from a family constellation (name changed):
Sam struggled his whole life with success in his professional career and with romantic relationships. In his family constellation representatives for several family members have been chosen. After a few minutes it was clear that this family members were disconnected and couldn’t relate to each other. The representative of Sam was restless and looked for someone who wasn’t represented. By adding an additional representative for the missing person the family members became agitated and relieved at the same time. Sam’s representative was very much drawn to the added person and felt very sad and sorry for him. He wanted to apologise to him, but nothing in his life has ever happened that would’ve needed an apology. The representative of his maternal great grandfather started to look at the newcomer from the side, feeling ‘awfully guilty’. The new representative was focused on him. It became clear that the great grandfather took advantage of the other person which lead to a lifelong struggle for survival. Sam suddenly remembered his grandmother mentioning a long time ago that the prosperous farm they are living from once was on tribal land and the indigenous people have been banned from the area. This was what we were looking at right here in the family constellation! I suggested to Sam’s representative to say to his great grandfather: ‘I see his pain and agony, I love him, he belongs to us’ – powerful words of truth taught by Bert Hellinger to move the souls. As a result, the representative of the great grandfather was able to connect with the missing person and take over responsibility for his actions. That was all that was needed to heal the family wound. Sam felt like a huge weight has lifted off his shoulders. Months later he got in touch and said he has a fulfilling job now and is enjoying life like never before.

By healing a family wound all family members are relieved from the burden that has caused it and can experience more freedom and happiness in their lives. Another scar on the family soul has been mended and is vanished for good. This is the power of Inter-generational Healing within the Morphogenetic Field through family constellations in the method of Bert Hellinger.

The only journey is the one within. 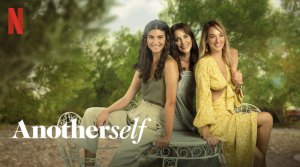